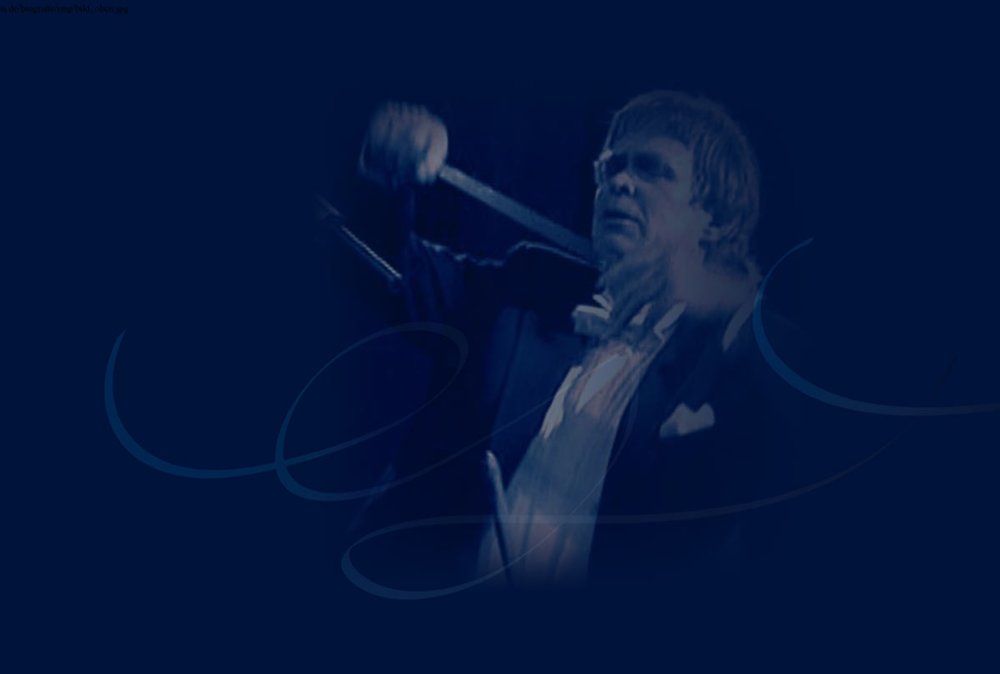 Frankfurter Allgemeine Zeitung
“The conductor succeeded once again to inspire his orchestra to convincing and rousing playing.”

Die Welt (Hamburg)
“A strikingly convincing programme formed the basis of Ulrich Backofen´s concert … The conductor, a native of Dresden, is a musician who steps in front of his orchestra with the utmost clearly outlined conceptions.”

Stuttgarter Nachrichten
“Backofen proved a definite sensitivity for sound and a subtle intuition for the spacious building up of form. He is capable of motivating musicians. As a result, with him, music comes alive. … His interpretations have profile and show a personal signature.”

Rheinische Post (Düsseldorf)
“The celebrated highlight of the evening was the thrilling interpretation of Dvorák´s 8th Symphony. All the orchestra sections were in their best form, reveling in slavonic melos, as urged on by Ulrich Backofen to a precise togetherness and active drive.”

Norddeutsche Neueste Nachrichten (Rostock)
“Orchestra as Ambassador in Prague” (headline) “At the conclusion of the concert there was a standing ovation for the North German Philharmonic Orchestra and conductor Ulrich Backofen.”

Ostsee-Zeitung (Rostock)
“Rostock Musicians as Guests of Honour in Prague´s Rudolfinum” (headline) “With an intense clarity of focus the concert was summarized in the concluding symphony no. 5 of Shostakovich … Here the North German Philharmonic Orchestra unfolded its concentrated and enthusiastic creative power, spanned a symphonic arch which ended in the sad irony of this victory celebration. And a second time the Prague audience jumped to their feet – honouring the North German Philharmonic Orchestra Rostock as a convincing German Ambassador of culture.”

Dresdner Neueste Nachrichten
“The Saxon Bohemian Music Festival began in the ´Dresden Kreuzkirche´” – “Admirable richness of sound nuances …. the power of expression was overwhelming at the dramatic climaxes … precise accompaniments … An interpretation of, in every way, convincing quality.”

Sächsische Zeitung (Dresden)
“Ulrich Backofen made the music clear, with his ensemble, in a powerful way, grasping the large choral sections [of Dvorák´s Requiem] with dynamic force. He fascinatingly brought out the filigreed sound structures of the orchestra as well as the marvellous a cappella movements of the chorus. Added to the ensemble were soloists from both hosting countries and this years guest country, the USA.”

Freie Presse (Chemnitz)
“Glory! Jubilation! Kettle-Drums and Trumpets!” (headline). “The audience sprang to its feet lifting its praise to the choir loft of the beautiful gothic church …”

Sächsische Zeitung (Dresden)
“Moving Peer Gynt” (headline) „And so the festive opening united soloists from Oslo with those from Leipzig and Dresden, Bohemian Prague, and with the Chorus of the Dresden Philharmonic and the Symphony Orchestra from Norwegian Trondheim. This symbolic three country unity, created under the direction of the Festival´s Artistic Director, Ulrich Backofen, was a deeply emotional performance … at the end celebrated and rejoiced.”

Freie Presse (Chemnitz)
“Bach´s High Mass with thrill and splendour” (headline) „With his energy, Ulrich Backofen galvanized the whole ensemble, achieving a vital, joyful and glowing interpretation. A brilliant conclusion of the festival …”

Dresdner Neueste Nachrichten
“Concluding the concert, Mozart´s Coronation Mass K 317. Backofen led the imposing ensemble to an expressive performance. A festively splendid Sanctus and heart-felt Benedictus … The choir sang with a tremendous shaping of lines, dynamic fine tuning and homogeneity – this was something which the precision and delicacy of the Virtuosi di Praga were completely at home with.”